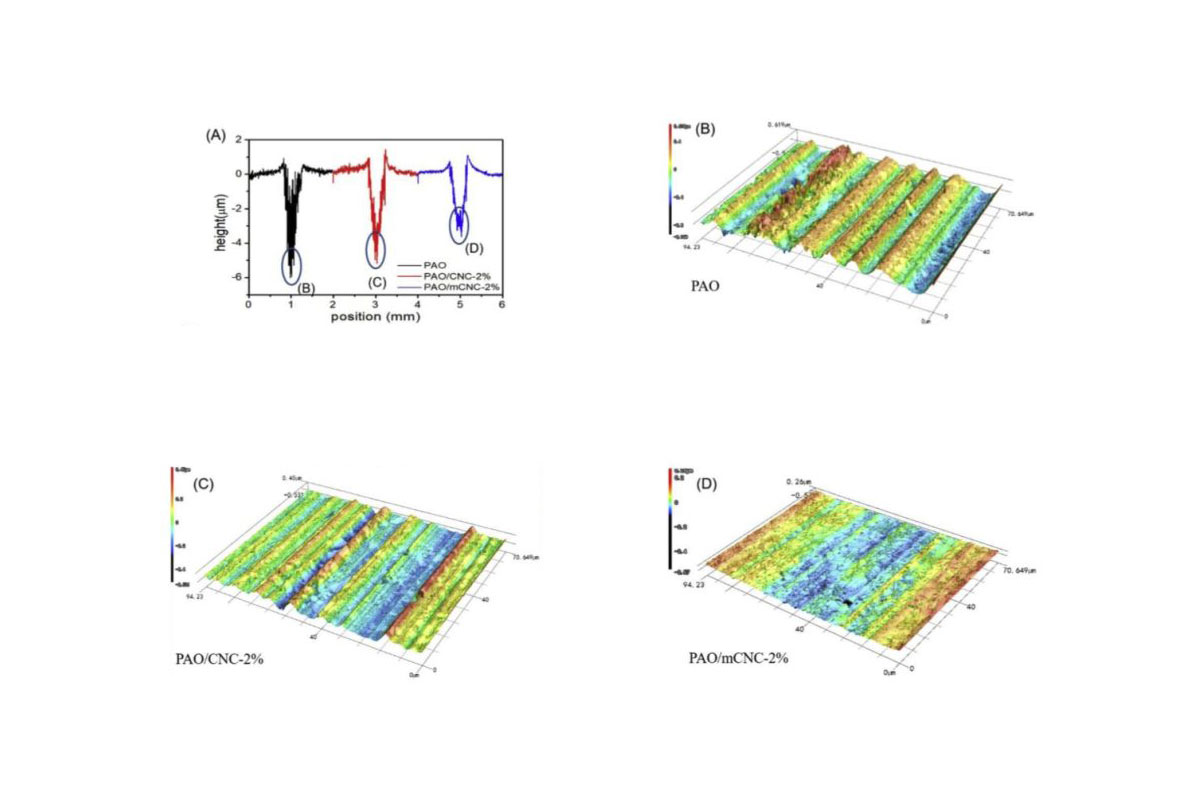 We reported last year the value of Cellulose Nanocrystals (CNCs) in water-based lubricants. A new publication by Ke Li et al from the Wuhan University of Technology has shown that these results can be replicated in oil-based lubricants. Again, it was shown that, with only 2% CNCs, the coefficient of friction decreased by 30% compared to the control which in this case was a polyalphaolefin (PAO) base oil rather than water. These results were obtained with CNCs grafted with stearoyl chains, but some value was obtained with unmodified CNC. As shown in the images, the wear was decreased significantly.

Tell us about your project

CelluForce is the world leader in the development, the production and the commercialization of Cellulose NanoCrystals (CNC). The company operates the world’s largest CNC plant, capable of producing 300 tonnes per year of CelluForce NCC® a high quality and dispersible form of CNC.

Page load link
We use cookies on our website to give you the most relevant experience by remembering your preferences and repeat visits. By clicking “Accept”, you consent to the use of ALL the cookies.
Accept
Manage consent

This website uses cookies to improve your experience while you navigate through the website. Out of these, the cookies that are categorized as necessary are stored on your browser as they are essential for the working of basic functionalities of the website. We also use third-party cookies that help us analyze and understand how you use this website. These cookies will be stored in your browser only with your consent. You also have the option to opt-out of these cookies. But opting out of some of these cookies may affect your browsing experience.
SAVE & ACCEPT
Go to Top